I’ve been to New Mexico a couple of times and always enjoyed those visits, but we’d never spent any time in her largest city. Earlier this week Jackie and I had a chance to explore Albuquerque.

We flew on Express Jet, now offering non-stop service from Tulsa. I didn’t realize this until searching flights on Orbitz. We were very happy with their service- they actually offered us food. It wasn’t a full dinner, but much more substantial than a bag of peanuts. The plane was a Embraer ERJ, which is a small jet but pretty comfortable. They also have XM radio piped into every seat and provide free earbuds.

Our visit was actually for business but left us time to explore. The weather was the first surprise, and not a pleasant one! When our flight left Tulsa the temperature in both cities was exactly the same. Cold.

I always think of New Mexico and “desert” is the next word that comes to mind. But this area is high desert, in fact Albuquerque is at a higher elevation than Denver. For most of our visit the temperature hovered in the twenties and thirties and one night saw wind gusts of 60 mph. Youch.

The flight was great, had a fun time in Albuquerque and saw some neat sites- here’s a few highlights…

The church in the Old Town area. 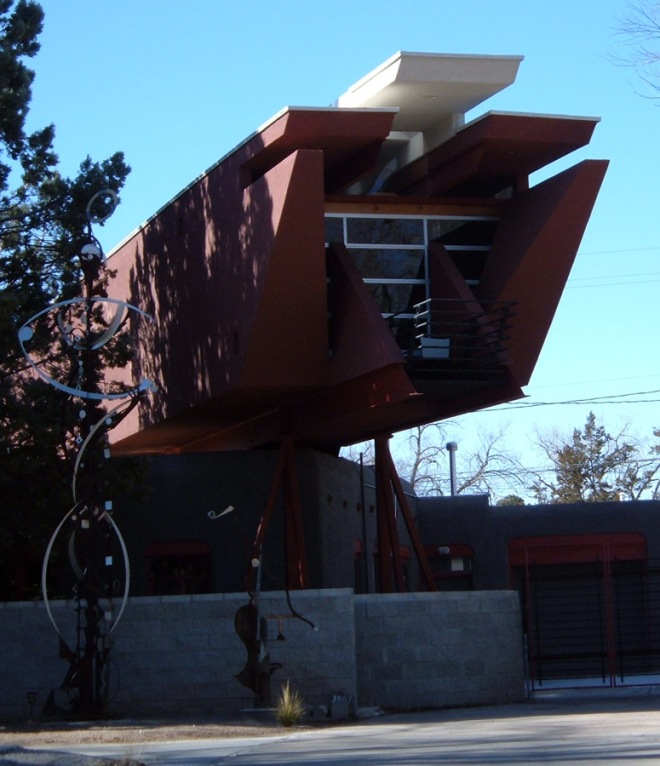 A wacky house near the Model Pharmacy.